With this new collection of stories, Kevin J. Anderson demonstrates why he has tens of millions of readers worldwide and has won or been nominated for numerous awards. 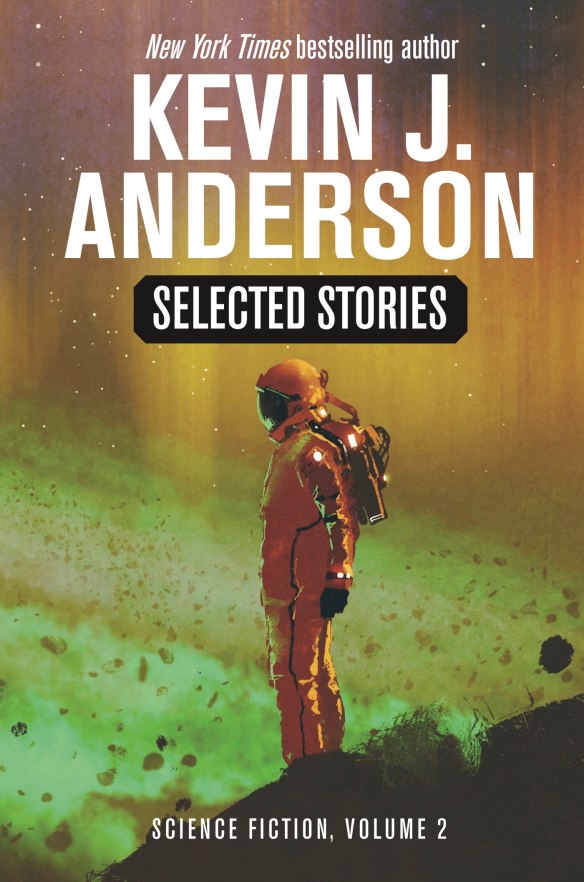 #1 international bestselling author Kevin J. Anderson continues to demonstrate his versatility and imagination in his Selected Storiesseries, with a second full volume of his best science fiction tales.

These sixteen stories, ranging from flash fiction to novella length, extend from the far corners of space to the edge of time and back to cutting-edge explorations inspired by today’s headlines. Read about clones and combat cyborgs, nanotechnology experiments and giant robots, super-sentient lab rats and immortal dogs, alien magicians and altered timelines.

Anderson introduces each story with a brief perspective about the inspiration or writing process, as well as a compelling introductory essay about his lifelong close relationship with the science fiction genre.

Kevin J. Anderson has published 140 books, 56 of which have been national or international bestsellers. Anderson has written numerous novels in the Star Wars, X-Files, Dune, and DC Comics universes, as well as unique steampunk fantasy novels Clockwork Angels and Clockwork Lives, written with legendary rock drummer Neil Peart, based on the concept album by the band Rush. His original works include the Saga of Seven Suns series, the Terra Incognita fantasy trilogy, and the Saga of Shadows trilogy. He has edited numerous anthologies, written comics and games, and the lyrics to two rock CDs. Anderson and his wife Rebecca Moesta are the publishers of WordFire Press.

WordFire Press is a mid-size new-model publisher founded by New York Timesbestselling authors Kevin J. Anderson and Rebecca Moesta. You can find us atwordfirepress.com. Tweet us @WordFirePress. Follow us on Facebook at facebook.com/WordfireIncWordfirePress.

Welcome back to The Nerd Blitz Book Club! In this 2nd & final installment of a 2 part series, we are celebrating the recently released Dan Shamble, Zombie P.I. short story collection, Services Rendered, by reading and discussing the final 3 chapters of the short story Role Model written by Kevin J. Anderson.

We dissect the detail that only a true fan of all things nerd could understand and nail, monsters and their rules are debated, jokes are made, and fun is had, gang.

So grab a copy of this story, available in the Working Stiff short story collection, and join us in the Unnatural Quarter for this fun read.

Also, right near the top, we were lucky enough to get an interview with the man himself, so enjoy Doom’s near hour long chat with Kevin J. Anderson!