Please turn off your cellphones and call your significant other to come join us while you babysit and prepare for nostalgic boning and beers in a little place called Illinoise.

For our 42nd Commentary, we knife nail our way back to a cupboard wall in 1978 for this intense John Carpenter classic starring Jamie Lee Curtis, Donald Pleasence, Nancy Loomis, & P.J. Soles.

This go round the fellas are dropping mad trivia and factoids as they dub a sick MC, ponder knife lengths, Doom gets annoying (shocker), Fitz gushes with love for the flick, a Pimp Spot happens, they point out continuity errors, and so much more in this curiously timed commentary you won’t want to miss!

Please turn off your cellphones and jump into the time vortex with us as we look at nothing but sand and somehow definitively decide we’ve been transported to the golden days of yore known as the 13th century!

For our 41st Commentary, we travel back to the wild days of 1992 for this iconic flick starring The Nerd Blitz Commentaries All Star Bruce Campbell, along with Embeth Davidtz, Marcus Gilbert, Ian Abercrombie, and Ted Raimi, with a surprise cameo from Bridget Fonda.

Please turn off your kellphones and wrap yo ass in kotton kandy and popcorn as we bring B-Movie March to a seemingly unexpected and disturbing konclusion!

For our 33rd Kommentary, we take a trip back to 1988 for this klassic klown kaper starring Grant Cramer, Suzanne Snyder, & John Allen Nelson.

As we klose out this year’s B-Movie Month, we discuss what plans we have for next year, possible Klown Kar sightings in the real world, Doom konfuses everything, and they konnect this to a recent main show topic.

Thanks for taking part this year, gang! 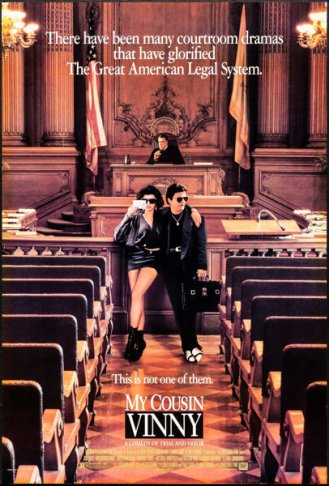 Please turn off your cellphones and come along as we head way down south, just across the boarder to hunt a sweet, harmless, leaf eatin’, doe eyed little deer.

For our 29th commentary, we head all the way back to 1992 for some legal drama starring Joe Pesci, Marisa Tomei, Ralph Macchio, & the greatly underrated Fred Gwynne.

We talk about the proposed sequel movie and why it DIDN’T happen, the sequel that DID happen, praise some high caliber acting, gush about a childhood love of Britcoms, and fall in love all over again with a classic of 90’s cinema.

Also, in our wrap up, we tease the rescheduled return of the greatest event in the history of man and Podcasting: B-MOVIE MARCH!!!

So don’t miss a minute, gang, as The Nerd Blitz Commentaries prepares to climb to new heights…and sink to depths uncharted?

For nearly 2 years now (to be honest, it may actually be longer at this point) we have threatened to watch the 1st 2 installments of the recent attempt at a DC Cinematic Universe.
Well, dear listeners, your wait is nearly at an end!

We have finally completed recording on this album and you, our lovely and long suffering listeners, are in for a treat.
With over 6 hours of total content, The Nerd Blitz Commentaries: The DCCU Album is our longest Bandcamp album yet.

Check out our album art above.
The picture is a concept I came up with, but was elevated by @gigiamk30 (who snapped the pic) and good ol @Fitzman73 (who did the editing and photoshopping).

We are currently editing the BVS episode and the intro together, and it shouldn’t take too much longer.
We’re looking to release it on our Bandcamp Page at some point around mid-February to early-March, and we hope you’ll all take the time to check out the intro and consider buying it when it drops.

Let us know what you think of the album art and if you are excited for the album to finally be released!

Please turn off your cellphones and join us in the time before whips cracked, webleys were shot, and fedoras were worn.

For our 28th commentary, we head all the way back to 1992…and 1996 for some educational pre-Harrison Ford globe trekking adventure starring Corey Carrier, Lloyd Owen, & Margaret Tyzack.

We catapult through the winder and talk about old hillbillies and ass blasted wolves while discussing child acting, why this is more edutainment than high adventure, compare Indy to Forrest Gump, and we thank good sir @flyinkdw of @Cod_Pod for making it all possible.

Give it a listen and watch along as Indy breaks free of the playpen!

Please turn off your cellphones and join our sepia toned asses on the journey down the yellow brick road to Sunday Jeff’s favorite Christmas movie.

The fellas are having the most awkward fun they possibly can, Doom lays a trap that Fitz cannonballs into, Fitz questions Doom, & the mistreatment of Munchkins.