From WordFire Press…
FOR IMMEDIATE RELEASE

Fifteen tasty tales from a master of fantasy!

Monument, Colorado. WordFire Press is proud to announce the release of The Taste of Different Dimensions: 15 Fantasy Tales from a Master Storyteller, by Alan Dean Foster! 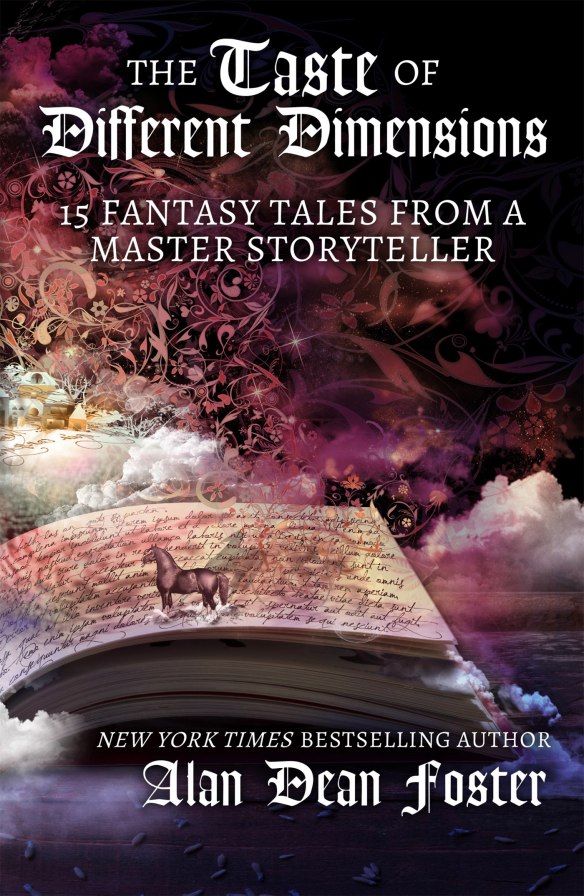 “One of the most consistently inventive and fertile writers of science-fiction and fantasy.” The Times (London)

Alan Dean Foster is the author of 125 books, hundreds of pieces of short fiction, essays, columns reviews, the occasional op-ed for the NY Times, and the story for the first Star Trek movie. Having visited more than 100 countries, he is still bemused by the human condition. He lives with his wife JoAnn and numerous dogs, cats, coyotes, hawks, and a resident family of bobcats in Prescott, Arizona.

The Taste of Different Dimensions:

WordFire Press is a mid-size new-model publisher founded by New York Timesbestselling authors Kevin J. Anderson and Rebecca Moesta. You can find us atwordfirepress.com. Tweet us @WordFirePress. Follow us on Facebook at facebook.com/WordfireIncWordfirePress.